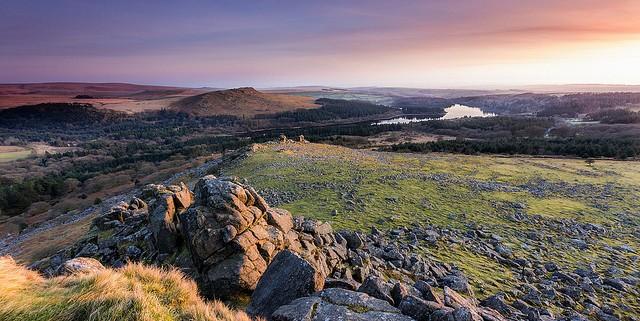 The original War Horse novel was written by local author and master storyteller Michael Morpurgo.  He was inspired to write the story after meeting WW1 veterans at his local pub in Iddesleigh, Mid Devon.

War Horse first became a highly acclaimed play at The National Theatre, followed by a film directed by Steven Speilberg.  For authenticity, most of the outdoor scenes were filmed on Dartmoor itself.  Steven Spielberg, said of his time there : “I have never before, in my long and eclectic career, been gifted with such an abundance of natural beauty as I experienced filming War Horse on Dartmoor … And, with two-and-a-half weeks of extensive coverage of landscapes and skies, I hardly scratched the surface of the visual opportunities that were offered to me.”

The film tells the story of a Devon farm boy who braves the trenches in a search for his horse Joey after he is sent to France as an army horse during the First World War.  Joey sees the best, and worst, of humanity as  he is thrust into the midst of War on the Western Front.  With his officer, he charges towards the enemy, witnessing the horror of war first hand. But even in the desolation of the trenches, Joey’s courage touches the soldiers around him.

Discover Dartmoor for yourself.  It’s approximately 19 miles, or a 50 minute drive, from Dittiscombe Holiday Cottages and will offer you a complete contrast to the gentle  countryside of the South Hams.  You can meander through ancient woodland or trek across the Tors, take a guided tour or download an audio walk to help you along.  And with its wide open spaces it’s ideal to take the children and dogs!  For more information visit the National Parks website for Dartmoor.

Talking of Michael Morpurgo, did you know that Dittiscombe is mentioned in another of his books entitled The Amazing Story of Adolphus Tips?  The story, based on the true scenario of secret military exercises before the D-day landing practises, is set in our local seaside village of  Slapton and Dittiscombe is shown on the map of the area of evacuation. It’s a sweet, sad, but heart-warming book.

Exercise Tiger – a visit to Torcross